The original core of three dances comes from the traditions of Lucignano and consists of the Trescone, the Mazurca del Sor Cesare and the Quadriglia Chianina. Researches into the subject led to the tracing of three more dances the Sciotis, the Polca Arezzina and the Ballo della Chiama, which were added on the Group’s programme in the Seventies.
In the Eighties the Group worked with the Associazione Taranta, an authoritative point of reference for the popular Tuscan traditions, and thus they were able to expand their programme with four more dances from the Appenine area, the Giga, the Galoppa, the Ballinsei and the Ballo dei Gobbi. 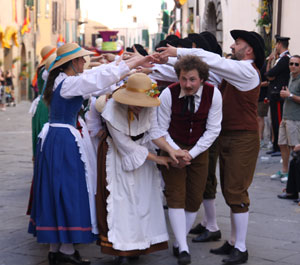 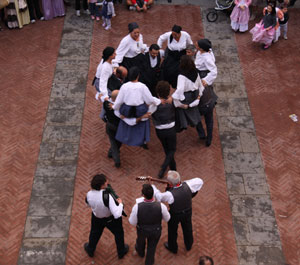 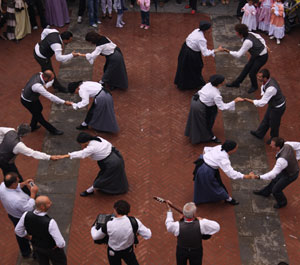 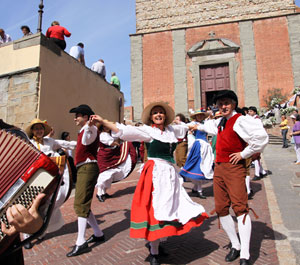 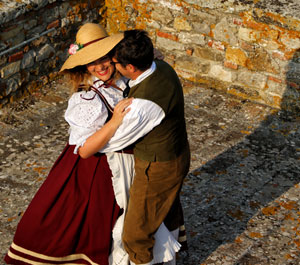 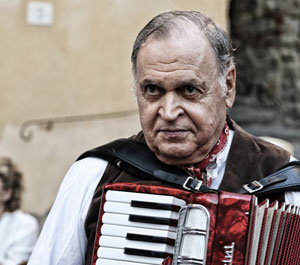 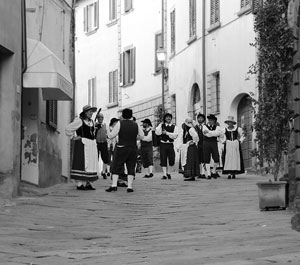 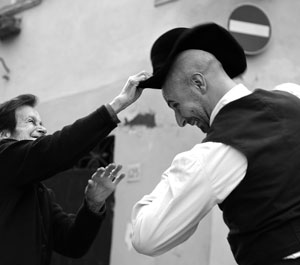 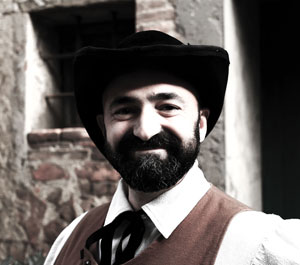 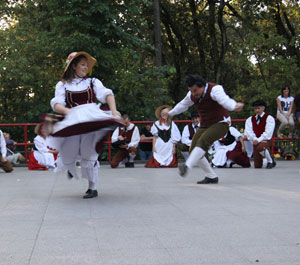 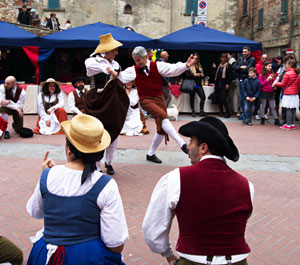 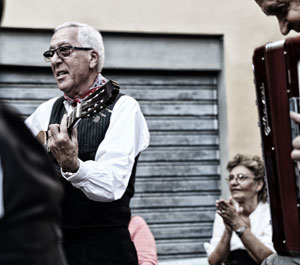 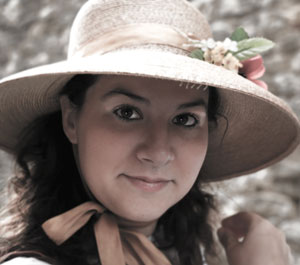 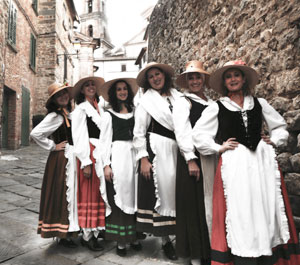 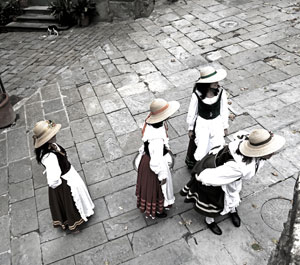 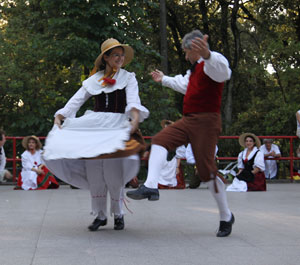 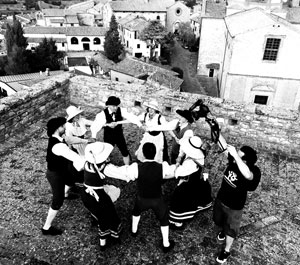 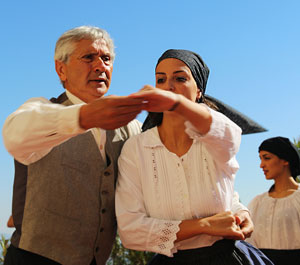